"God blesses those who take care of cows"

Passing on cow worship from one generation to the next

This is the first time in the history of North America that grandparents are teaching their  grandchildren how to honor mother cow.  Ahimsa Goshala is working to bring respect for cows into the mainstream of human values in the modern world.

There are opportunities to perform seva for Go Mata in a number of ways such as  building barns, installing fencing,  clearing land for pastures,  purchasing winter hay,  contributing to vet care, cleaning, milking, worshiping, and training.  The salient point is that the cow is a sacred animal and that anything we do for her will  benefit us and our families, both now and in the future.  Cow worship is a win-win affair.

Early morning August 18, 2022 Surabhi cow went to a remote part of the forest to have her baby girl Mohini.  Calf and mother are healthy and happy.

Earlier that week, 2 new gir cows arrived to Ahimsa Goshala from a small farm in BC that needed a home, or they might end up being sold for slaughter. Welcome to Varuni and Revati. They were restless and confused at first, but they quickly realized they had arrived in a wonderful new home. Sincere thanks to the many devotees who helped this to happen.

The devotees are busy building an additional Goshala in anticipation for the new cows. Our original Gir cow, Surabhi, is in ecstasy that she will be graced with the association of two new friends who belong to practically the same family lineage. 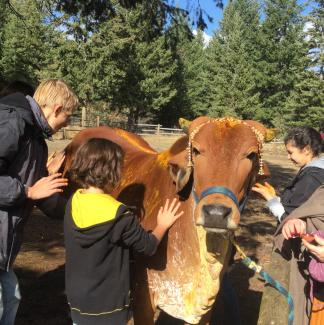 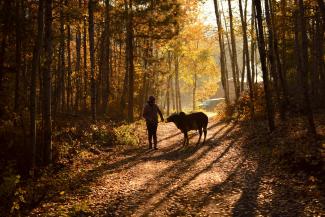 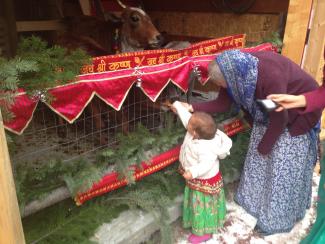 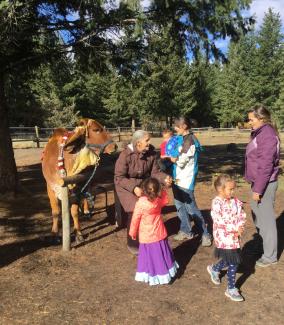 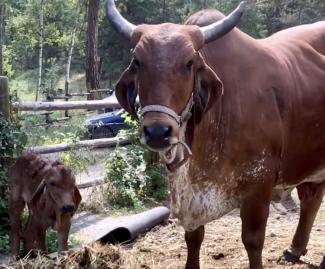 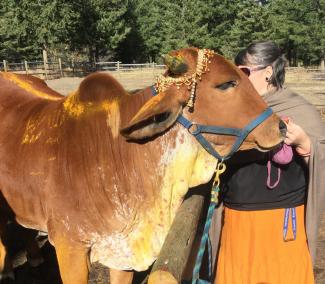 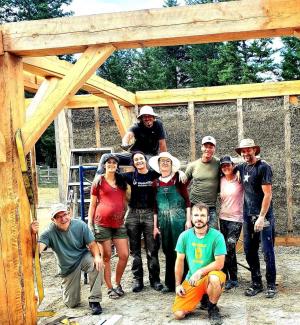